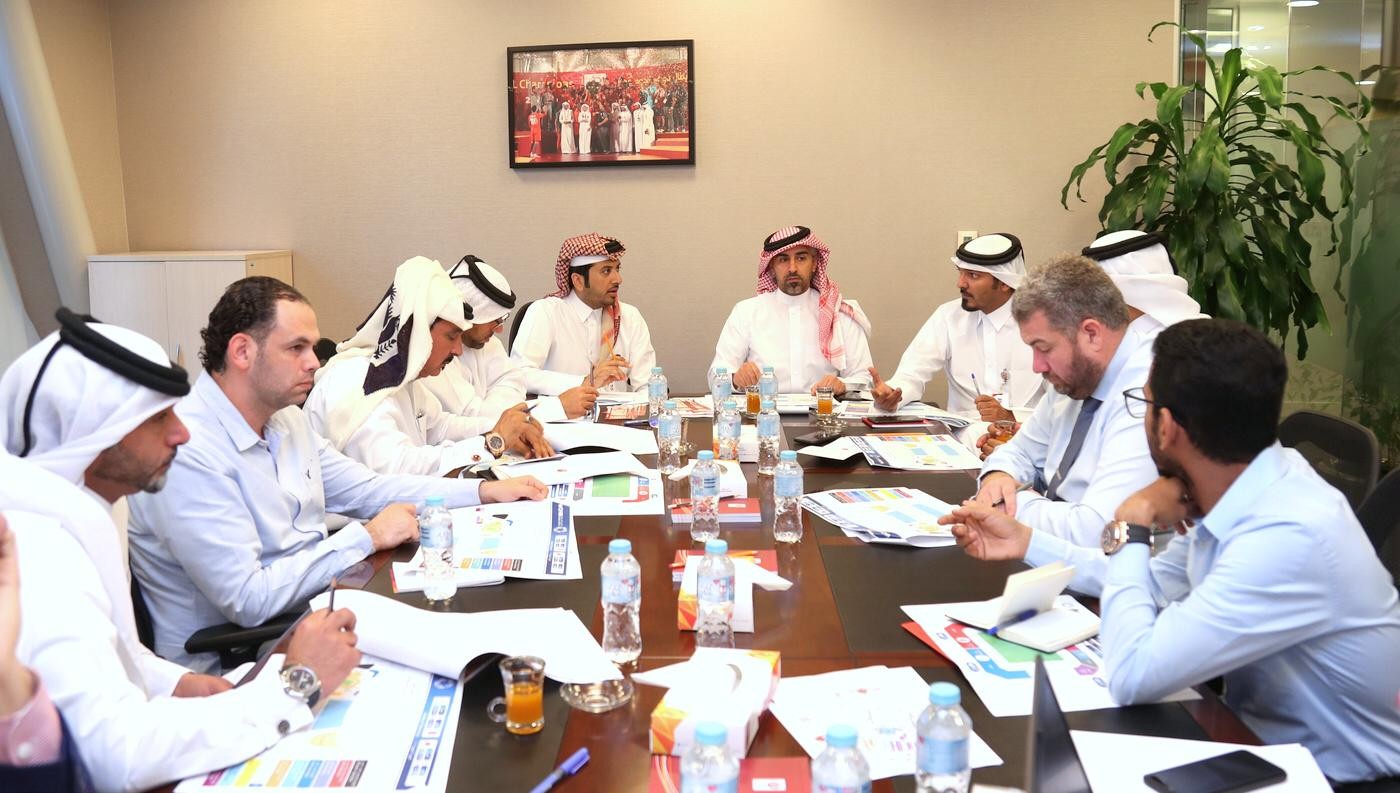 The Qatar Stars League (QNB) held a Co-ordination Meeting on Wednesday, 20th February, at its headquarters in Al Bidda Tower to review the arrangements and preparations for the upcoming key matches in Week 17 of the QNB Stars League on Saturday.

Al Gharafa will play Al Duhail (16:50 kick-off) and Al Rayyan play Al Sadd (19:10 kick-off) in the Qatar Clasico, both at the Al Sadd Stadium on Saturday.

Al Kuwari, who welcomed the attendees, hoped both matches would go off well and that the fans of all four clubs in particular and Qatar football in general would enjoy a high level of professionalism as well as the presence of star players.

A number of important matters were discussed at the meeting, such as:

2. Match tickets and their selling dates.

3. The event area to be opened to the public from 4pm onwards.

5. Need for marketing officials from each club to be present at the gates to deal with their fans.

6. Co-operation with security men and organisers.

The QSL is offering a number of prizes to fans who will be present at the venue for the two matches. The prize draw for both games will be held at half-time of Al Rayyan vs Al Sadd match.

Map showing seating inside the stadium during the Al Gharafa vs Al Duhail match:

Map showing seating inside the stadium during the Al Rayyan vs Al Sadd match: