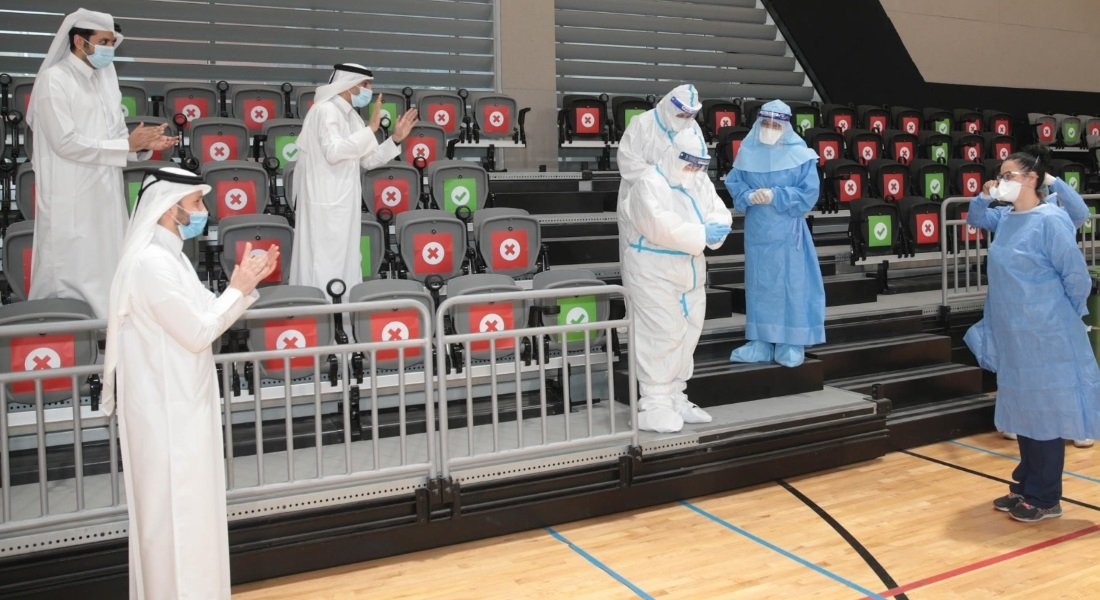 The Qatar Stars League (QSL) extends its sincere thanks, appreciation and gratitude to all parties who participated in the successful first phase of Coronavirus (Covid-19) tests), held as part of the arrangements being made ahead of the resumption of 2019-20 QNB Stars League, according to the general plan and protocol developed by the QSL and approved by the Ministry of Public Health in co-operation with Aspetar hospital.

The QSL also appreciates the great role and efforts made by everyone in preventing the spread of Coronavirus in the society.

In this regard, on the last day of the first phase of testing, Mr. Hani Taleb Ballan, CEO of QSL, was keen to meet the medical teams who supervised the process, and thanked them and appreciated them on the successful completion of the task, according to the general plan and protocol.

It may be noted that the testing process, which ended on Tuesday, 16th June, 2020, included players, administrative as well as technical staff, QSL and club staff, volunteers and team bus drivers.

All teams underwent the test process and are on home quarantine, awaiting Al Arabi’s test results. Their team members will join them on Thursday, 18th June, 2020.