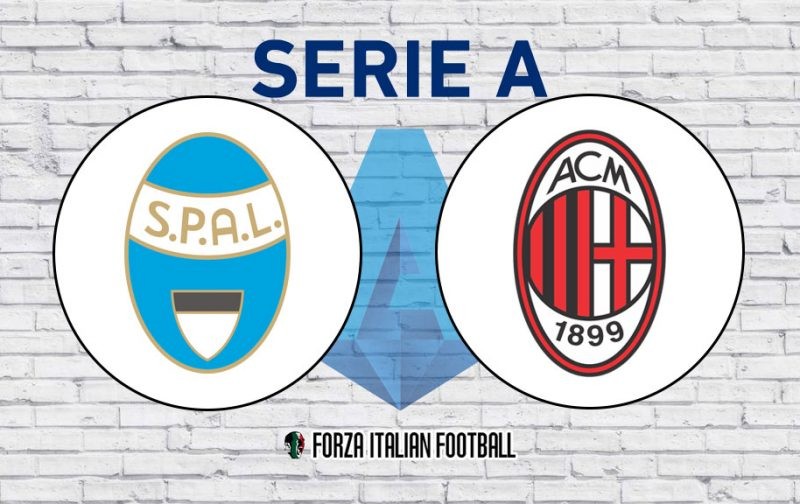 Having slipped to the foot of the Serie A table, SPAL will be aiming to start another late surge for survival when they welcome AC Milan to Ferrara on Wednesday night.

– SPAL and AC Milan have met 37 times so far in Serie A. SPAL have managed to beat the Rossoneri only once, losing 24 times and conceding 84 goals (more than against any other opponent in the top flight).

– AC Milan have won their last eight Serie A games against SPAL – a current negative record for the club from Ferrara.

– The record in Ferrara in Serie A sees AC Milan with 10 wins and eight draws against SPAL. In fact, the Rossoneri are the only club that SPAL have never beaten at home so far.

– SPAL have conceded 11 goals in their last three home games against AC Milan, at least three per game.

– SPAL are winless in their last nine home games (D2 L7), losing each of the last six.

– AC Milan have won their last four Serie A away games against team starting the day in the bottom three of the table.

– Stefano Pioli is unbeaten as a coach in Serie A against SPAL (W3 D2).

– Andrea Petagna’s first Serie A appearance came with AC Milan in 2013. Since leaving the Rossoneri, he has faced them seven times, scoring just one goal.

– In the last meeting between these two sides at the Paolo Mazza in Ferrara, Franck Kessié was involved in three goals in a Serie A game for the first and only time, scoring a brace and providing an assist.