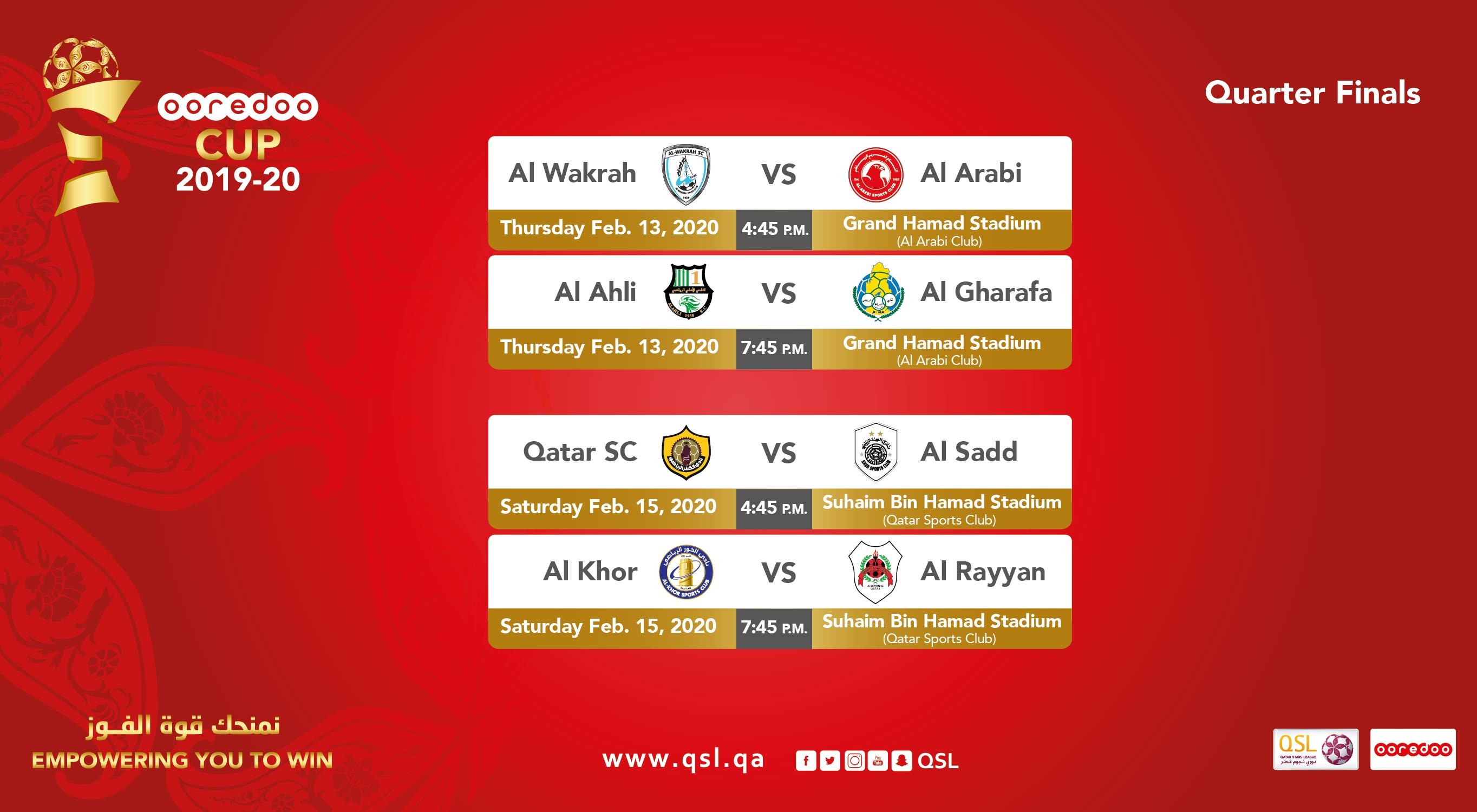 The 2019-20 season’s QNB Stars League has taken a break after the Week 14 action and the stage is all set for the quarterfinals of Ooredoo Cup.

All 12 QNB Stars League teams were divided into two groups and the top four from Groups A and B had progressed to the knockout quarterfinals after the group stage, which ended on 7th December with fifth-round fixtures.

Al Ahli and Al Khor topped Group A and B with 12 and 13 points respectively.

The quarterfinals will be played on Thursday, 13th February, and Saturday, 15th February, with two matches on each day.

The surprising omission from the quarterfinal scene are current QNB Stars League table toppers Al Duhail as they could finish only fifth in Group B with three points.

Al Sailiya (one point) were the bottom team in that group.

Similarly, Umm Salal (six points) and Al Shahania (one point) ended up fifth and sixth respectively in Group A.

The Ooredoo Cup, formerly QSL Cup, provides younger players with more playing time and exposure. The tournament, which has a group-cum-knockout format, offers new opportunities for sponsors, partners and supporters to highlight their brands.

First-team players, Under-23 players and Under-19 players can participate in the tournament.

This season’s tournament’s major highlight is that it is being held under the patronage of Ooredoo, one of the major national companies.

Al Gharafa are the reigning champions of Ooredoo Cup. They beat Al Duhail 1-0 in last edition’s final. The Cheetahs had triumphed in the previous season as well.