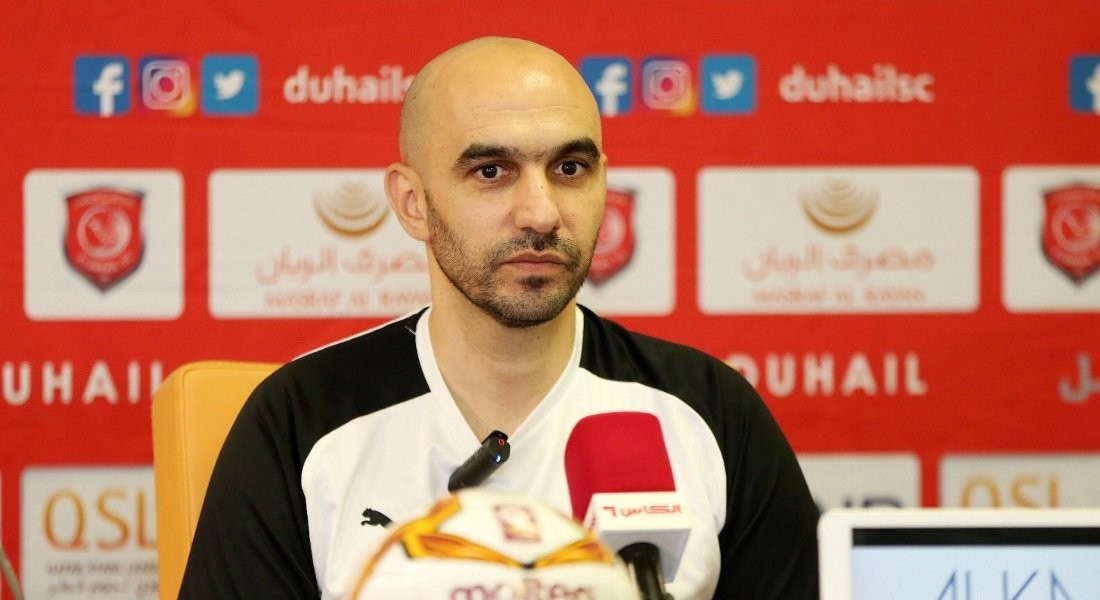 Al Duhail coach Walid Regragui spoke to the media ahead of their 2019-20 QNB Stars League Week 18 match against Umm Salal.

“Our preparations during the past period were good, especially in the last stage, despite some injury worries. But that is not an excuse because Al Duhail are capable of putting them behind. I hope we will continue to win, maintain the lead and win the title.

“We know that all clubs would make extra efforts to beat us, but we will work more to show the champion stuff. The match against Umm Salal will not be different and it will serve as a message to all clubs that we are ready to win the title.

“The preparations for the league were divided into two stages. The first was without our 11 international players and we trained with foreign professionals and youngsters. After that, the internationals returned to the squad and we played friendly matches. We would have liked to have a longer preparation period together, but now everyone is ready. We know that facing Umm Salal will not be easy, but we are confident of our capabilities. And we are also happy with the return of our player Mohammed Muntari and all injured players.

“Umm Salal team must be congratulated. They underwent great transformation because coach Aziz Ben Askar was able to change the team’s shape and achieve some positive results. They need points from this match. We have to impose our rhythm on the field and confirm that we are a team that deserves the lead position. Umm Salal will enter the pitch with the target of staying in the league and that will make our players alert and we have to control the match if we want to win it.

“(Mario) Mandzukic’s departure is an agreement between the club management and the player, it will not affect us. We have good players, such as Almoez Ali and Muntari, and I have confidence in them,” said Regragui.

Al Duhail player Abdullah Abdulsalam said, “The game against Umm Salal in the 18th round of the league will not be easy. We are ready for this match and will implement the technical staff’s plan on the field. We are closer to the title, we will work to keep our chances of winning by working strongly on the field. Everyone is happy with the return of the league and matches. We all are keen that we stay on the top and win the title.

“The absence of fans will definitely affect the players’ performance because their presence gives us the motivation to perform strongly and give them the victory they want. Yet, we know that they will follow the games and it is a motivation for us.”