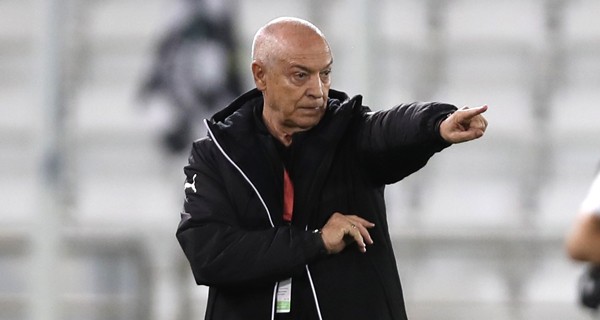 Doha, Qatar: The QNB Stars League title is Al Sadd’s for the taking when they take on reigning champions Al Duhail SC in the 20th round on Saturday, and coach Jesualdo Ferreira says the Wolves don’t have any pressure.

Leaders Sadd can open up an unassailable seven-point lead with a victory at Duhail Stadium, which could be the perfect place to assert their supremacy for Sadd. Ferreira said they deserved to be the winners.

“It’s the most important game of the season for the two teams and Sadd are very comfortable. We have no pressure and we will work to win the title,” said Ferriera at the pre-match press conference.

“Our players are at the highest level and I think it is time to win the league. We deserve it after the outstanding performance they have put on throughout the season.”

Sadd have been in tremendous form this season and they took charge of the title race with a 3-1 victory against Duhail in December and if they can produce that form they would be celebrating a famous triumph on Saturday.

“We are ahead by four points and even if we lose we will still be leading the table with just two games to go. But our goal is to win on Saturday and seal the title.

“I have great confidence in my players and I want them to enjoy themselves and win the title,” said the Portuguese coach.

Sadd midfielder Gabi said he wants his team to win the title on Saturday itself.

“I want to seal the title on Saturday and I cannot wait for the last two matches,” said former Atletico Madrid captain Gabi, who joined from the Spanish giants at the start of the season.

“I have played a lot of important games and I am proud that I have a chance to win the league title in my first season. I love such big games and we are keen to win the title.”