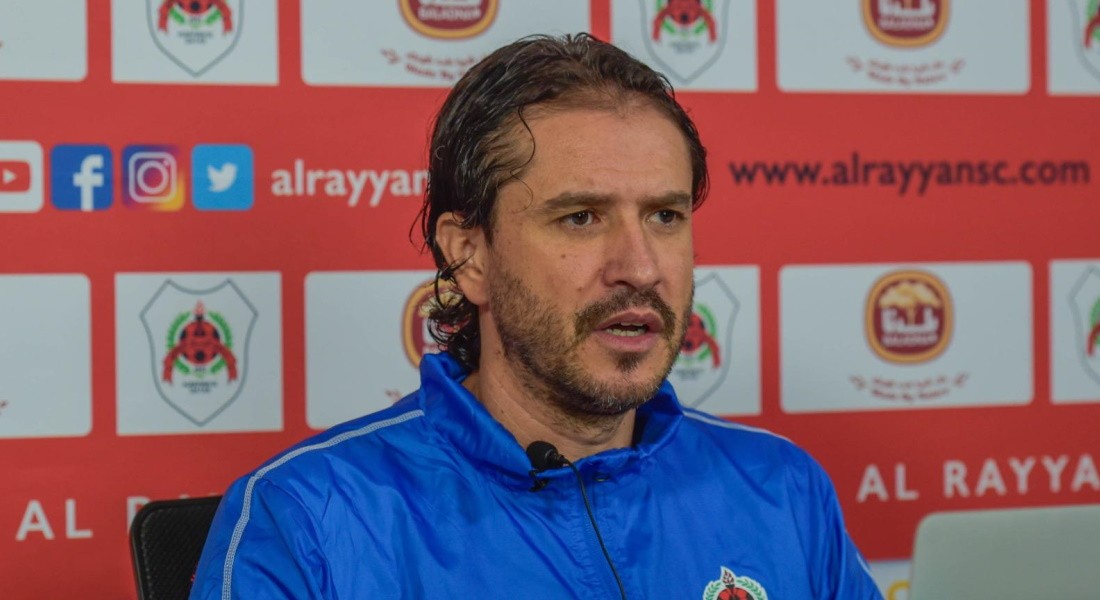 Fabio Cesar, who has temporarily taken charge of Al Rayyan after Uruguayan Diego Aguirre left the team my mutual consent, spoke to the media ahead of their 2020-21 season QNB Stars League Week 9 match against Umm Salal.

“I realise the magnitude of the responsibility of training a big team like Al Rayyan, after coaching their Under-23 side, and with the support of management and players, I am confident of doing a good job with the team during this stage.

“Umm Salal match will be difficult. Both teams need to win and I know their coach Aziz Ben Askar well. We worked on a daily basis and we have to fight against Umm Salal in order to win, and we must put in our 100 per cent.

“There is a positive spirit in the team that has outstanding players and a large group of fans, and it is natural for me to be optimistic,” said Fabio Cesar.

Al Rayyan player Ahmed Abdelmaqsoud said, “Changing the coach will have an impact, but for the better, and Fabio Cesar is a good choice. He is one of the club legends and a good coach, and does not need time to adapt. We will work with him to provide the best performance.

“I think Umm Salal’s midfield is their strength. Their results do not match their strength, so it will be a very difficult match. We play every match to win. A big team always looks for victories. In football, it is normal for a team to falter and there must be a reaction.”