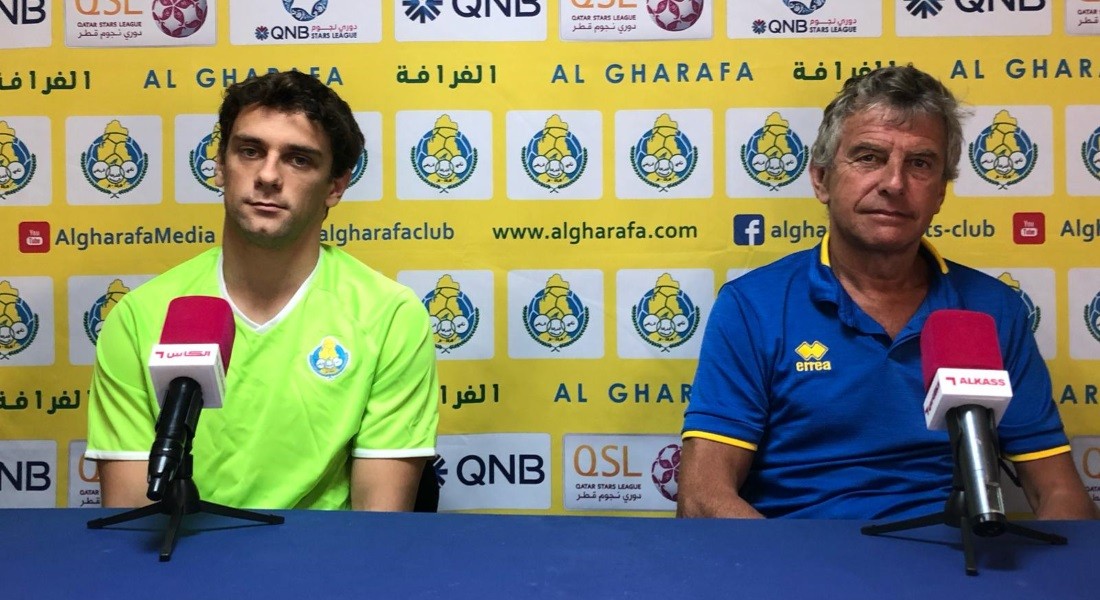 Al Gharafa coach Christian Gourcuff spoke to the media ahead of their QNB Stars League Week 16 match against Umm Salal.

“It was a long break and only two days ago we were joined by the players of the national team, so the preparation wasn’t with the full team. Strong games are awaiting us in the league and then the AFC Champions League in the coming weeks, which require us to double our efforts starting with the Umm Salal game.

“We’ve injury worries to Almahdi Ali and Khaled Abdelraouf. Wesley Schneider will also be out of action for sometime, plus Portuguese recruit Diogo Amado for tomorrow’s match. I hope he returns for the AFC play-off game.

“Brazilian defender Lucas Mendes has joined us from Al Duhail and that gives us big strength at the rear.

“Four of our players who were part of the victorious Qatar national team at the Asian Cup in the UAE recently, are back in the team fold. However, we’ll have to check whether they can play this match because they need time to recover after this kind of success and efforts,” said Gourcuff.