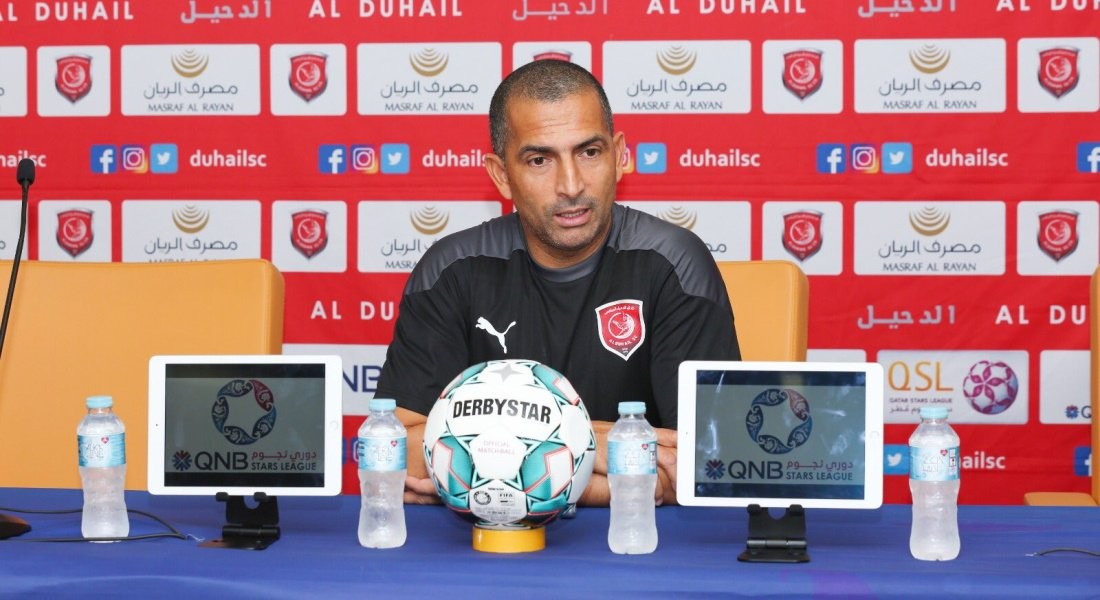 Al Duhail coach Sabri Lamouchi spoke to the media ahead of their 2020-21 season QNB Stars League match against Al Sadd, which was postponed from Week 3 due to the teams’ 2020 AFC Champions League commitment.

“I am happy to return to work in the QNB Stars League and in Qatar. I will take on a new challenge with one of the biggest Qatari teams and we started with a match against Qatar SC, where we achieved a difficult, but important victory.

“Regarding the next match against Al Sadd, we will face one of the teams competing for the title and we are looking forward to a strong match and achieve a good result.

“The match between Al Sadd and Al Duhail is always strong. Al Sadd have great potential and this match does not determine the path of the title because we only played three matches. I will put the ready-made squad which I know is able to play the match without considering they are young or old, and the options before us are not wide. I will choose the best squad for this match.

“I want to see the best efforts on the part of the players and we are now thinking about the Al Sadd match, and then the Al Rayyan match. Then we will start preparing for our match against Al Sadd in the semifinal of Amir Cup,” said Lamouchi.

Al Duhail player Luis Martin said, “Hiring a new coach for the club gives the players the incentive to perform their best on the field. But the chances will be equal. We will have 18 players who are able to start the match and our motivation is that all players will give off their best to gain the coach’s confidence.

“Al Sadd outperformed us of late and succeeded in achieving victory several times. We were providing the required efforts, but could not win. They deserved victory because they were relatively better than us and the circumstances were not in our favour, as there were changes on the technical and players’ fronts. Our player  Dudu has begun to adapt to the team. We will strive to win because we will then face Al Rayyan.”