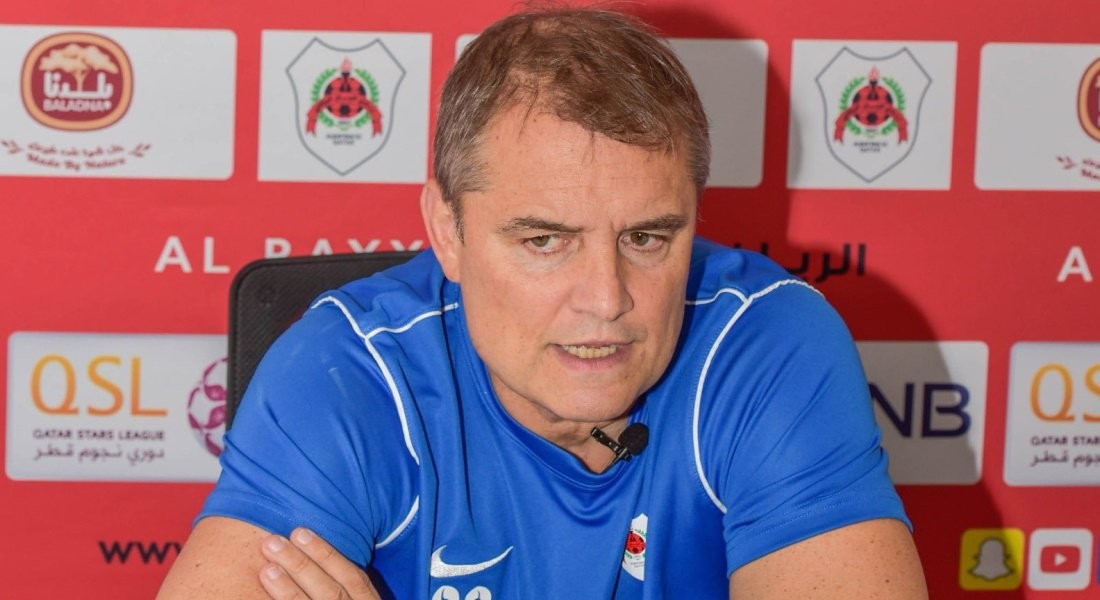 Al Rayyan coach Diego Aguirre spoke to the media of ahead of their 2020-21 QNB Stars League Week 6 match against Al Kharaitiyat.

“My players are professional and they know how to separate things on and off the pitch. My players will not be impacted by my decision to leave Al Rayyan.

“Such things happen in the world of football and players and coaches depart teams. This is normal and things at a club cannot stop because of such happenings.

“Our focus is solely on facing Al Kharaitiyat which I see as a difficult match. The team must not lose its focus. We need to control the match from the start. We do not want to give Al Kharaitiyat opportunities to score.

“The break in league usually affects the players as some go away for national duty. I personally do not like such breaks during a regular football season. However, we benefitted from the break as young players got match practice in Ooredoo Cup. We reached the semifinals which is good,” Aguirre said.

Al Rayyan player Ibrahim Masoud said, “The players appreciate what coach Aguirre has done for the side. He has provided the team with good planning and has backed young players. He is solid as a coach.

“Our focus is on facing Al Kharaitiyat and I assure you that it will not be an easy match in light of the good level presented by them under the leadership of national coach Yousef Adam.”