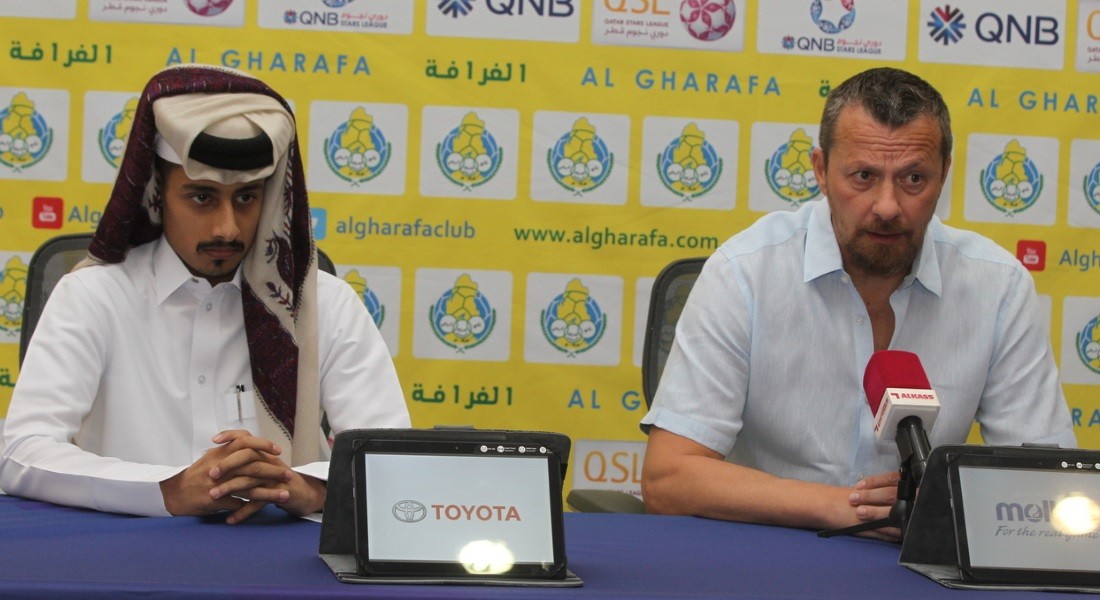 Al Gharafa coach Slavisa Jokanovic spoke to the media ahead of their 2019-20 QNB Stars League Week 12 match against Al Shahania.

“We might face problems because Al Shahania have always been an organised team and give a good fight to their competitors. We should be at our very best if we are to bag three points.

“Absences are normal in football. Our team will miss a number of players who are doing duty for the Qatar Olympic team. Our rivals also have absences. We are now trying to work with the existing players, who number 14 in addition to Under-23 players.

“I believe a team is not of 11 players. Everyone should be ready to play anytime. I have great confidence in all players working with me.

“About Vladimir Weiss, he officially left the club after reaching an agreement with the team management. Now, we are searching for a striker who can give us more options.