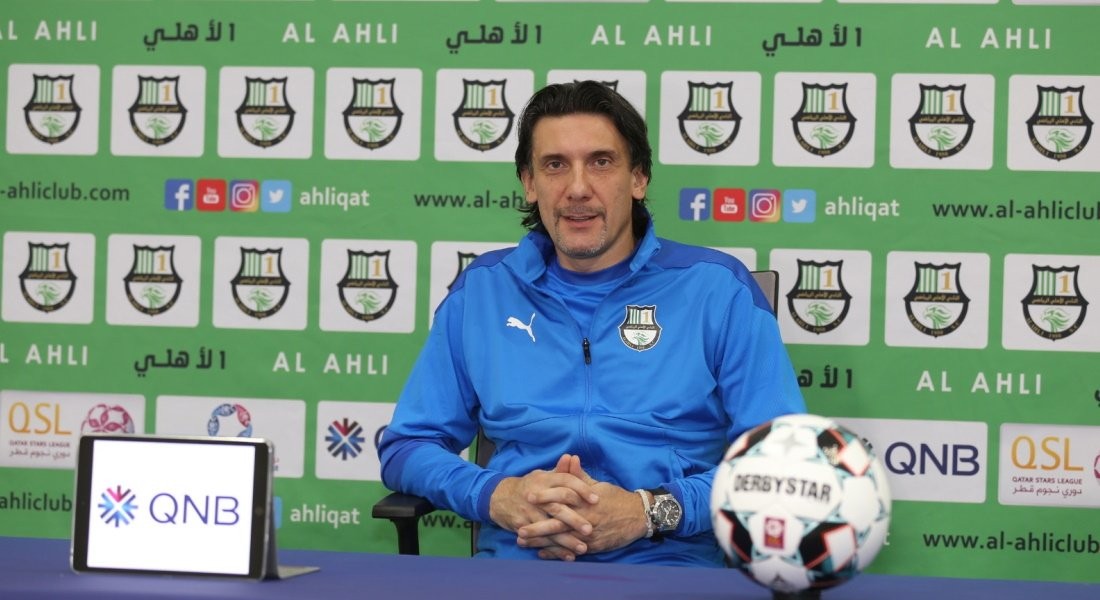 “I have prepared the team for this stage despite the long stoppage of playing in the league that has difficulties for the players and coaches, but in general the team is now ready to face Al Sailiya. Everyone is waiting for this match as we seek to continue our victories in the competition, which we currently lead. We will do our best, so we can maintain our position.

“The match will not be easy and Al Sailiya are an organised team. They had strengthened their ranks with a few signings and that can impact the result. Their new recruit Mohanad Ali is considered as one of the best strikers and I know him well through my work for a season in the Iraqi league. He is a player with great capabilities and it is difficult to stop him.

“At the same time, I assure you that Al Ahli players have the ability to provide the best technical level. We must work for a good future for the team which did not have success for a long time. That deprived us of a chance to play in the AFC Champions League either.

“It may be noted that I had previously said Al Ahli would surprise everyone in the new season, because I know what the team is capable of and the work we do. We will continue to do our best for the team fare impressively in the QNB Stars League,” said Nebojsa.