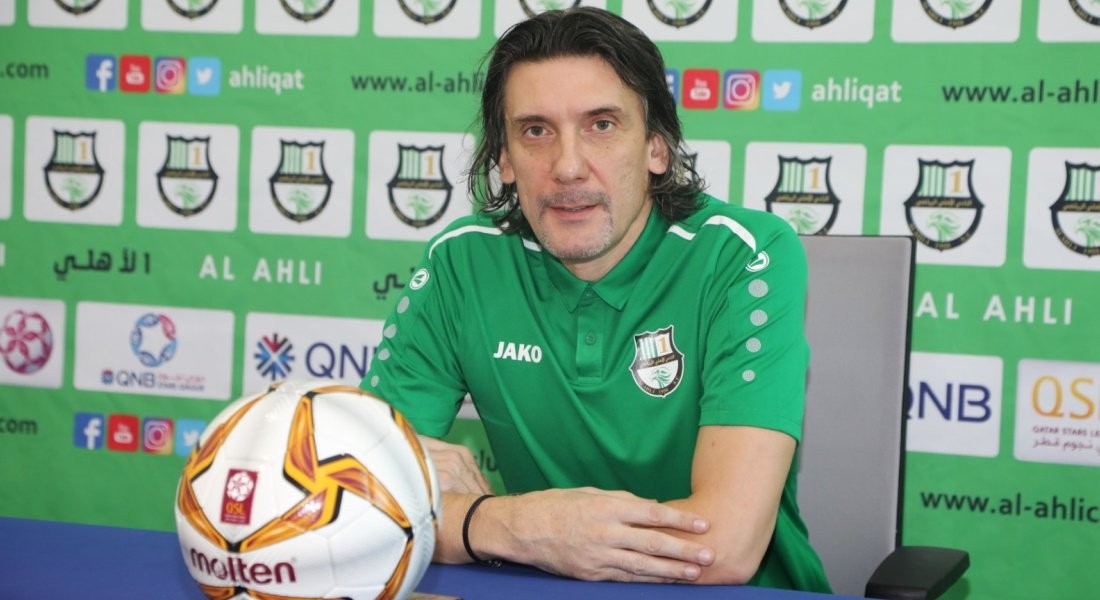 Al Ahli coach Nebojsa Jovovic spoke to the media ahead of their 2019-20 QNB Stars League Week 20 match against Umm Salal.

“Umm Salal have now played six or seven matches, where they achieved positive results, and they will do everything in their capacity to win the three points. I am not worried about my team and I do not want to talk about the last match which we lost to Al Sadd, but we will take the positive aspects from it in the upcoming matches.

“We put up a good display against Al Sadd as a result of the great work done by our team of late. We made some changes to the team and that was inevitable, especially as it changed the concepts of performance of the players.

“We will play all remaining matches like they are the cup finals. The team is prepared for the Umm Salal match and the other two remaining games. Competition is becoming difficult for all clubs, not just Al Ahli.

“Our team has capabilities and players have great desire. The high spirit they showed in the last match will be a motivation for more in the upcoming matches,” said Nebojsa.

Al Ahli player John Benson said, “If we play against Umm Salal at the same level we did against Al Sadd in the last round, the team would be well-positioned to achieve its goal. We performed well in the last match and did not get what we wanted. But against Umm Salal, we will play with full strength to win.”