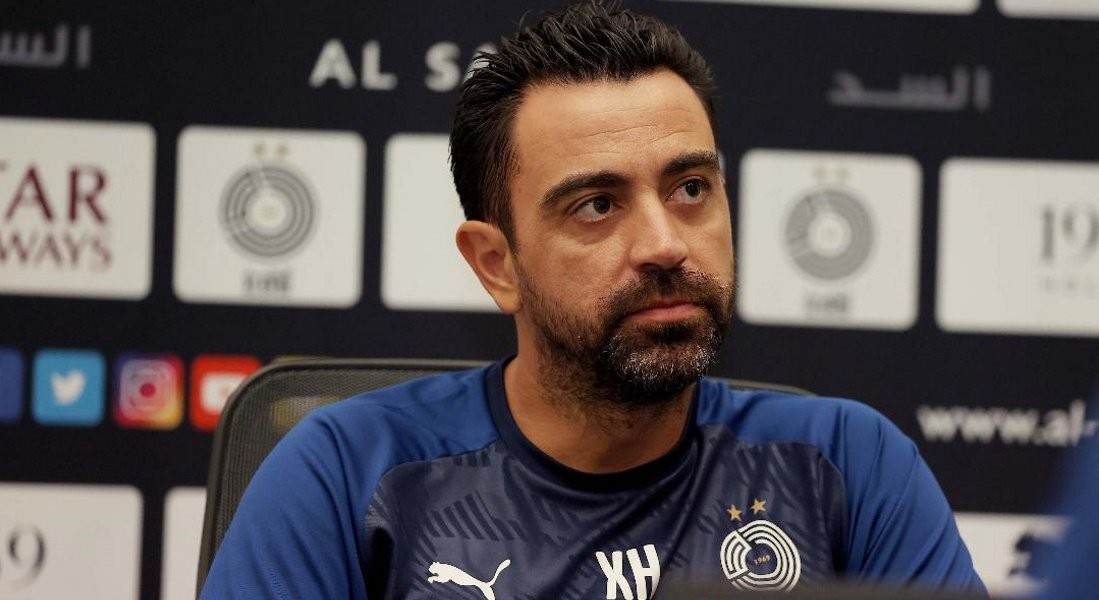 Al Sadd coach Xavi Hernandez spoke to the media ahead of their 2020-21 season QNB Stars League match against Al Duhail, which was postponed from Week 3 due to the teams’ 2020 AFC Champions League commitment.

“Although we lost two points in the last match following a draw with Al Khor, I think we are training well and have the capabilities that allow us to win against Al Duhail. At the same time, Al Duhail can win against us and the match will be difficult for both teams. We have to do our best and play aggressively with determination.

“We want to win the league title, so we are supposed to win points in this match because we are facing Al Duhail, who are competing for the title.

“Akram Afif and Abdelkarim Hassan are ready for the match, but we will miss Saad Al Dossari’s services due to injury,” said Xavi.

Al Sadd player Boualem Khoukhi said, “Our matches against Al Duhail are always difficult for the two teams, not just for Al Sadd. We are ready for it, especially after the draw against Al Khor in the last game, which will make the players enter the field with greater concentration in order to collect points.

“The draw against Al Khor made us very sad despite the fact that our team presented a good level and created many opportunities in front of the goal. We seek through the match against Al Duhail to correct mistakes and compensate with a victory.”