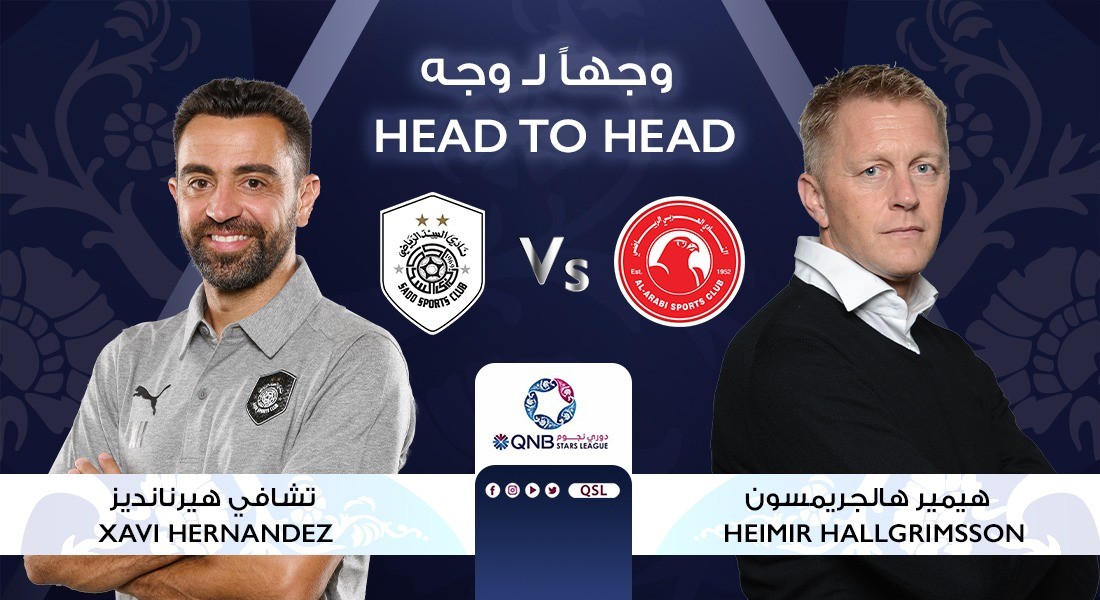 Xavi is having his first coaching experience after retiring as a player at the end of 2018-19 season with Al Sadd. He was one of the well-known midfielders in the world for many years and will be noted as one of the greatest playmakers in history.

His career was full of success with Barcelona, ​​where he joined at the age of 11, winning many titles especially in Spain and Europe.

Xavi also has the rare distinction of winning the FIFA World Cup in 2010 and European Championship in 2008 as well as 2012.

In 2015, he moved to Al Sadd, where he won the Qatar League, Amir Cup and Qatar Cup.

Al Sadd have so far won 10 games in the league besides drawing one match and losing four to have the best goal difference among all 12 teams (+19, 44 goals for and 25 against). They are third in the table with 31 points.

And The Wolves are doing well in the 2020 AFC Champions League.

In contrast, Icelander Hallgrimsson, a former player, coach and dentist, began his coaching career with the Iceland national team as assistant to Swedish coach Lars Lagerback in 2011.

Hallgrimson resigned as coach of Iceland on 17th July, 2018, after their failure to progress beyond the group stage of 2018 FIFA World Cup in Russia, which was the team’s maiden World Cup campaign.

Al Arabi now depend much on Hallgrimson to make a turnaround in their fortunes and he has a vision to mould a strong squad for the future. With that aim in mind, he included in the first team many youngsters such as promising defender Jassim Jaber, goalkeeper Mahmoud Abu Nada, Khalifa Saad and Abdullah Saad, and Yousef Abdulrazaq.

Under Hallgrimsson, Al Arabi have so far won, drawn and lost five matches each. They scored 25 goals and conceded 23 to have goal difference of +2. The Dream Team are placed fifth with 20 points.

Certainly, both Xavi and Hallgrimsson will play prominent roles when their teams face off on the field.